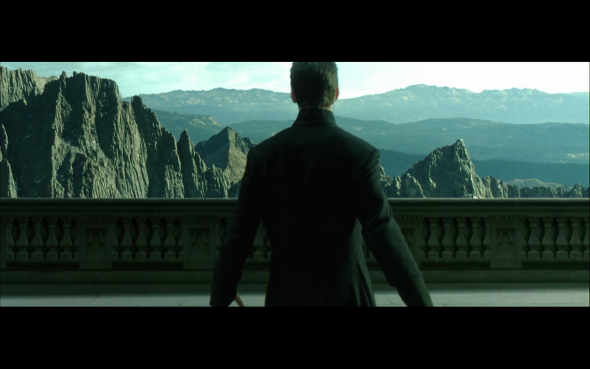 MATRIX REBOOTED // AN EXPERIMENT IN NARRATIVE AND EDITING

This is an experiment to see if the Matrix sequels could be edited [ rebooted ] into one more complete and satisfying, as well far shorter, film. There are a great number of changes, designed to make a more streamlined narrative, to keep the focus on Neo and his journey, and to remove bad writing or acting moments whenever possible. It may not be wholly successful, but it was an attempt to see if the films could be salvaged through clever editing.

both films have been cut down to one 1 hour and 34 minute film.
Reloaded was 2h18m minutes Revolutions was 2h09m ---- Most footage is from Reloaded, most of Revolutions is cut.
There are over 150 edits in this new version.

*removed characters and dialogue I found to be superfluous while still preserving the overall plot.

*removed rave scene and Morpheous' ridiculous pre-rave speech delivered without a microphone to a civilization that has developed hovercrafts.

*augmentation of the Architect scene, adding a trip sequence taken from the third film, emphasizing the idea of choice as the glitch in the matrix, while discarding the narrative of Neo needing to choose between Trinity and Zion.

* better editing of the Merovingian's scenes to make him less of a french stereotype delivering pointless pseudo-philosophy and wasting audiences time "Time? Oh yes, we never have time ... but how can we ever have time if we don't take time if blah blah blah"

*removed moments that might have been okay but kept the plot from moving swiftly forward (the Oracle fight scene is an example ... which while being okay, I removed just to get us swiftly into the action that actually propelled the plot)

*removed the agent jumping on the car in the freeway chase sequence, just because it really didn't need to be there, even though it wasn't that bad ... primarily, it just messed with the pacing of the version.

*removed the, lets face it, pretty silly, death / resurrection scene with Trinity. She dies 10 minutes later in this version, so it seemed extra silly to include it. Now, she is not actually shot, Neo saves her, and thats that.

*removed scene of Neo calmly saying he'll "be fine" and that trinity "would have to drive" after his eyes have been burnt out of their sockets was removed•removed most of the Bane storyline so as to only include the moments needed to understand that Agent Smith had invaded the 'real' world, was inhabiting a body, and was pursuing Neo.

:: FOR EDUCATIONAL PURPOSES ONLY ::